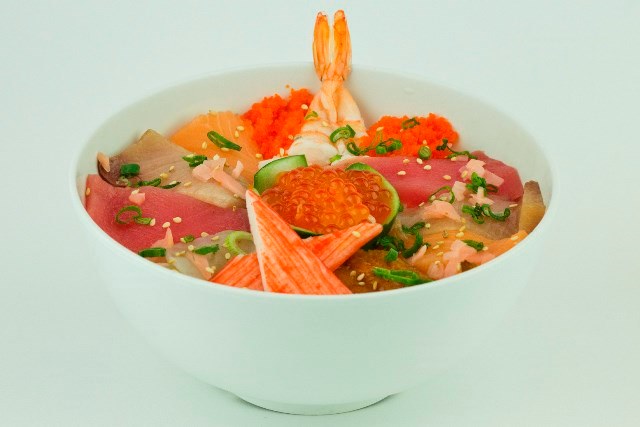 Sashimi and sushi Both of these dishes are often considered the same dish. Sashimi consists of thin slices of raw fish or other seafood served with Japanese spicy radish (wasabi) and shoyu. While sushi uses seafood but is served with rice, vegetables and eggs and is usually covered with layers using nori. Domburimono This dish consists of a bowl (domburi) of rice covered with various dishes such as boiled beef (gyudon), chicken and eggs (oyakodon), fried shrimp (tendon) or fried pork and eggs (katsudon) with tofu and pickled soup. This food is very affordable because that’s why many people like it. Tempura Tempura is seafood or vegetables dipped in batter and fried, tempura is served with sauce and daikon. The word “tempura” comes from Portuguese ‘tempero‘ (sauce) and this dish dates from the middle of the 16th century, when Portuguese and Spanish culture was first introduced to Japan. Sukiyaki This is a delicious vegetable soup with stuffed beef cooked in large Nabe and dipped in a bowl of raw eggs mixed. The vegetables that are usually used are leeks, shiitake mushrooms and chrysanthemum leaves (shungiku). Also added tofu and noodles (shirataki) and ingredients cooked in sauces made from soy sauce, sugar and sweet sake (mirin). Okonomiyaki This food can be described as a tasty Japanese cake. Vegetables and minced meat or seafood mixed with dough and cooked on a skillet. Like other cakes, the okonomiyaki can be reversed to cook on both sides. Then on top it is covered with a special sauce and mayonnaise and ditaburinori and dried shale fish (katsuobushi) and fried eggs. Dorayaki Dorayaki is a cake from Japan. Dorayaki belongs to a group of traditional Japanese cakes (wagashi) which are round-shaped in a slightly translucent form, consisting of two pieces of cake glued with red peanut butter. Dorayaki has a soft texture and is similar to a Japanese cake called Kastela because of a mixture containing honey.