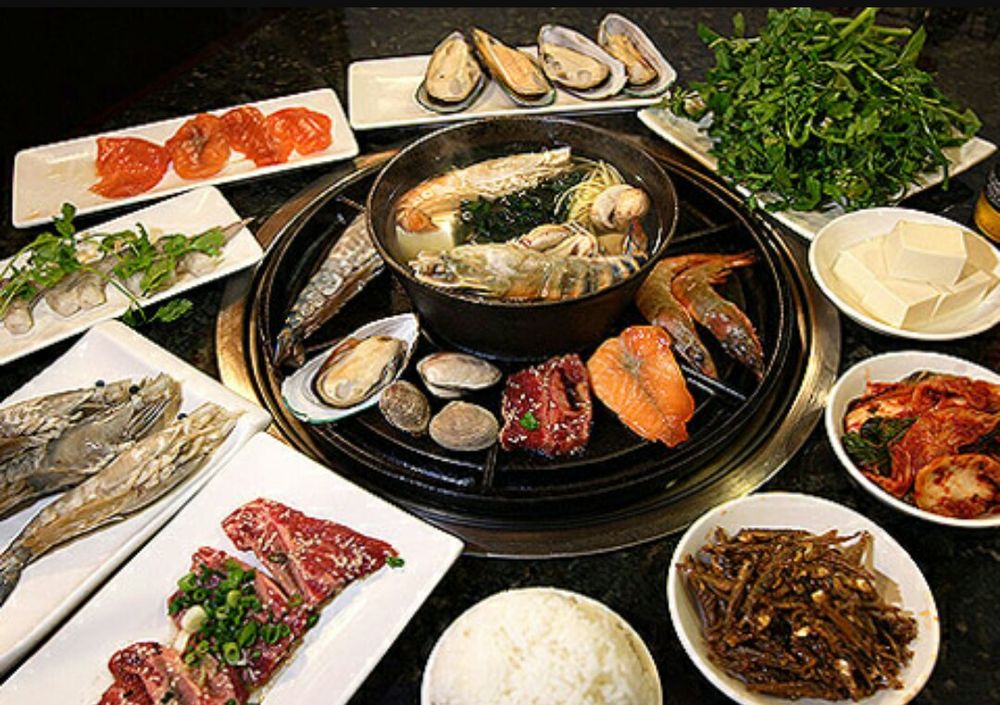 “Shabu-shabu” is a Japanese dish which is one type of ryori nabe (a dish cooked in a pan and eaten while warm). Usually shabu-shabu is eaten with family and friends. Very thinly sliced ​​beef is dipped repeatedly into the pan until cooked and then eaten with tare sauce.

The main ingredients are boiled and then eaten together with vegetables, such as leeks, chicory, turnips, carrots, shungiku (leaves of a kind of daisies), various mushrooms (shitake mushrooms, enoki mushrooms, etc.), tofu, and so on.

Shabu-shabu sold in restaurants is usually served in a pan containing dashi jiru (broth) from kombu (a type of seaweed) along with the main ingredient shabu-shabu. After turning on the fire, wait until the dashi jiru boils. While waiting, it’s good to prepare tare sauce and yakumi on a small plate.