Nabe literally means “hot pot” aka “pan”. This Nabe is like shabu-shabu, but the type of sauce is different. If shabu-shabu uses clear gravy, nabe has a thick sauce that will taste much tastier (and more challenging) when added with spicy spices. In nabe restaurants, you can even choose the level of spiciness of the sauce according to taste, starting from level one to ten.

Speaking of restaurants, finding a good nabe restaurant is not as easy as finding a ramen shop or other Japanese specialties. Especially for foreign tourists, nabe is not a common Japanese cuisine and is the target – so if you pass in front of one of the nabe restaurants maybe we will not realize it. Luckily at that time I was with my original Japanese friends who settled in Tokyo, so they introduced me to a nabe, and they knew very well where to eat nabe. 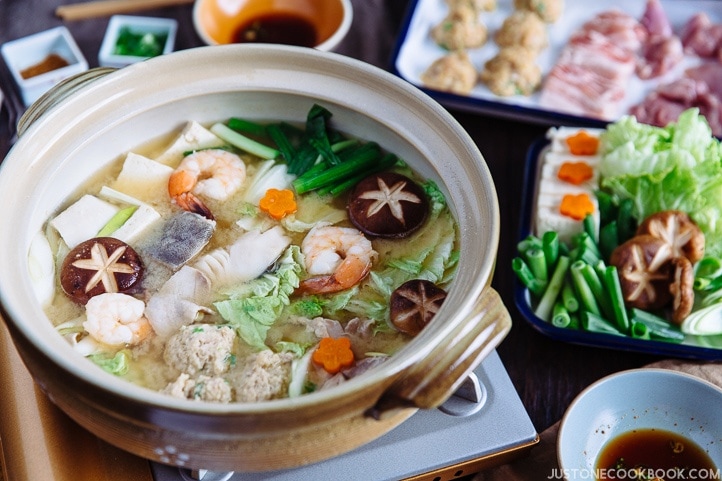 The Nabe restaurant resembles a shabu-shabu restaurant, where on top of each table is a stove to place a typical Japanese marble pan. The first thing you have to do is order whatever sauce and side dish you want to put in your nabe dish. You can choose from a variety of menus such as chicken, fish, squid, crabs, vegetables, and mushrooms. While the most suitable drink for accompanying nabe is chuhai (a kind of sake drink) that has a variety of flavors, such as grapes, grapefruit, or lychees.

Eating nabe for dinner in winter is a very unique and memorable culinary experience. The cold can get, the warmth can also get. But for me, besides the delicious dishes, the pleasure of eating nabe is also felt in the cooking process — especially if it’s done with a group of friends. Starting from putting all the side dishes into boiling sauce, taking turns proposing to serve the food to people’s bowls, until the scrambling moments of side dishes that lead to laughter, all of them strengthen the warmth that has actually been felt only by eating the nabe.